Chena Hot Springs Resort celebrated its 100 year anniversary on August 5, 2005. It was discovered on August 5, 1905 by two gold mining brothers Robert and Thomas Swan who learned that a U.S. Geological Survey crew, in 1904, had seen steam rising from a valley somewhere on the upper Chena River. The surveyors concluded that it had to be from a hot springs but did not investigate further.

In the summer of 1905, Robert Swan, looking for a place where he could ease the pain of rheumatism, set out in a boat loaded with supplies with his brother Thomas, in search of the hot springs.

Over one month after leaving Fairbanks they arrived at the North Fork of the Chena and traveled up that tributary to the mouth of Monument Creek. They ascended Monument Creek a short way, and found the hot springs on August 5, 1905.

By 1911, the property boasted a stable, bathhouse, and twelve small cabins for visitors. The resort was on its way to becoming one of the premier resorts of Interior Alaska and a favorite getaway spot for world-weary residents of Fairbanks. . As the fame of the hot springs spread, Alaska’s delegate to Congress, Judge James Wickersham, asked the Department of Agriculture to analyze the waters. The bureau of Chemistry analyzed three pints and concluded that the water was different from any American hot springs previously examined.

The principal characteristics of the Chena Hot Springs waters consisted of its content of sulfate, chloride, and bicarbonate of sodium. In fact, it was very similar to the waters of a famous hot springs in Bohemia.

Today Chena Hot Springs resort enjoys a clean, healthy and beautiful natural environment and continues to welcome people from all over the world to bathe in the curative powers of the hot waters. The Resort is located approximately 60 miles northeast of Fairbanks, accessed year round on a State maintained road via Chena Hot Springs Road. 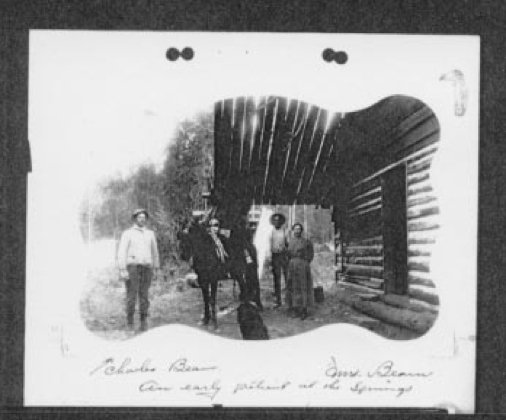